Well it's not like this is the first time the crews been seperated and some(or...all but Luffy) not appearing for a long time

Well it's not like this is the first time the crews been seperated and some(or...all but Luffy) not appearing for a long time


They had the coverstories with the Strawhats to animate during Impel Down and Marineford, though, and little appearances by the crew here and there. And the Strong World fillers. In this case we've already been without the Swirlyhats since September, and we won't see them again until like March unless filler is added

In the continuing adventures of not knowing what is going on with the Jeanist Contest, One Piece Dance Battle updated with winning Law and Hancock outfits added as new characters. While that makes total sense, it was advertised with a shadowed image including Perona and Bartolomeo. The logical thought process would normally be that maybe they decided to also include the second place winners but Perona was third and Bartolomeo of forth so once again I have no idea what the point of this contest was outside of put One Piece characters in jeans for the sake of advertisement (if anything). In regards to the actual figures, here are pictures of Zoro and Hancock's figures and alternate colors. Both of Zoro's colors came out better looking than the original illustration. Glad they got rid of the mint green pants for him.

Hancock looks great in the red. Almost can't decide which version is better for her.

I wonder how this will effect the usual release we get.

Damn they make it look so evil.

Spoiler
I have made seven posts on this matter, it seems I have been ignored.

His title when introduced is,

世界最強の剣士 Sekai Saikyō no Kenshi, and as you can clearly see in Raw below when is introduced they are all there.

Those characters translate to Strongest Swordsman, Saikyō in this context means strongest.

Blame the translators for continuing to make that mistake by calling him greatest, best, or whatever, it is not. Mihawk's official title is World's Strongest Swordsman.

Just for further clarification, Whitebeard when introduced has this title,

Here is the raw of the panel when Whitebeard was introduced.

Notice the 最強 which are in WB's title are also in the Mihawk raw when he was introduced, so WB is "Worlds Strongest Man", not "Worlds Greatest Man".

Let us pray for Lawl's death


If Law dies FOR REAAALZZZ, I swear to ******* God that Imma record myself walking in the streets naked for 5 minutes and scream ODA #1 !

If Law dies (like confirmed death) I will change my CT to GOda's #1 Worshiper, and find a Mihawk set to wear.

I'm so sorry Miss. I don't know what I was thinking. Please forgive me. As repentance, I will now become a devout LuZo shipper.

no more chapters on thursday yay!!!

no more chapters on thursday yay!!!


It shouldn't effect mangastream. And someone else will probably pop up for panda eventually

Gotta Love the Japanese and their animation

Spoiler
I remember this animation they showed once of a Japanese celebrity catching his wife in bed with another man and it was hilarious.

It shouldn't effect mangastream. And someone else will probably pop up for panda eventually

The real question is whether other scanlators/raw providers will be discouraged now that people have actually been arrested for this, and that the question has been raised for real in Japan. Although I doubt many more efforts will be taken, there is a small chance that this could grow into an issue the japanese decide to put more resources into solving.

Mangapanda is still putting up chapters right now, though I still doubt their weekly releases of Jump won't be affected.

Gotta download some of my favorite titles, just in case. You'll  never know when the mangapocalypse will happen.

Gotta download some of my favorite titles, just in case. You'll  never know when the mangapocalypse will happen.

There are enough other sites, dont worry.

Another figure coliseum is going on. This time it's Law, Urouge, and Bartolomeo. They look pretty good but this line tends to be more dynamic since the artists are showing off. You also have a pic of the artist behind the figures and, as you can see, each character has 'one of those guys' working on them.

Voting ends November 23rd. You can vote for your favorite here: http://bfc.bpnavi.jp...io5/ballot.html 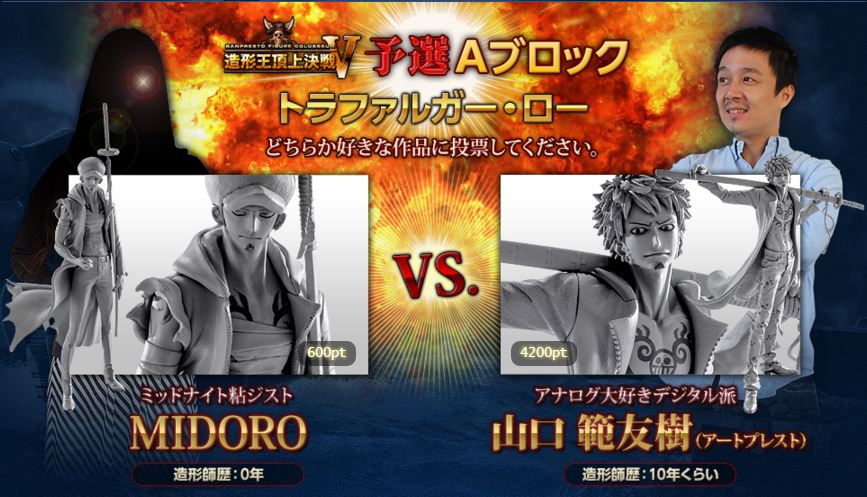 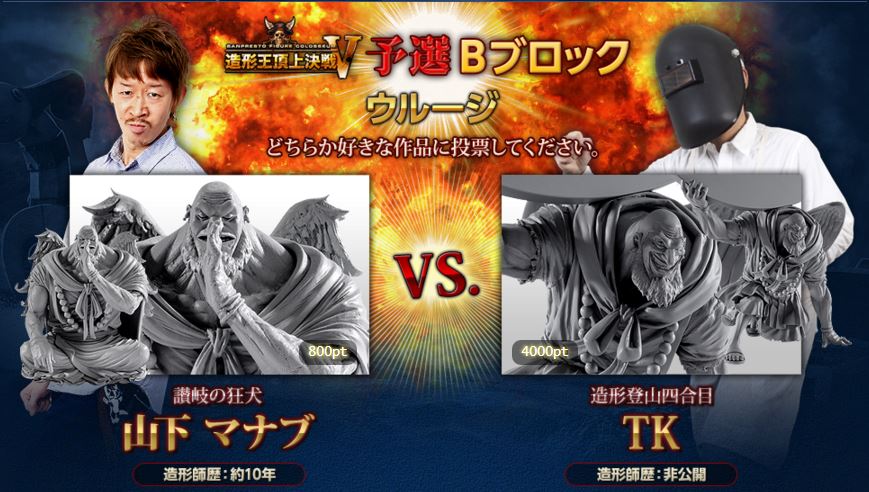 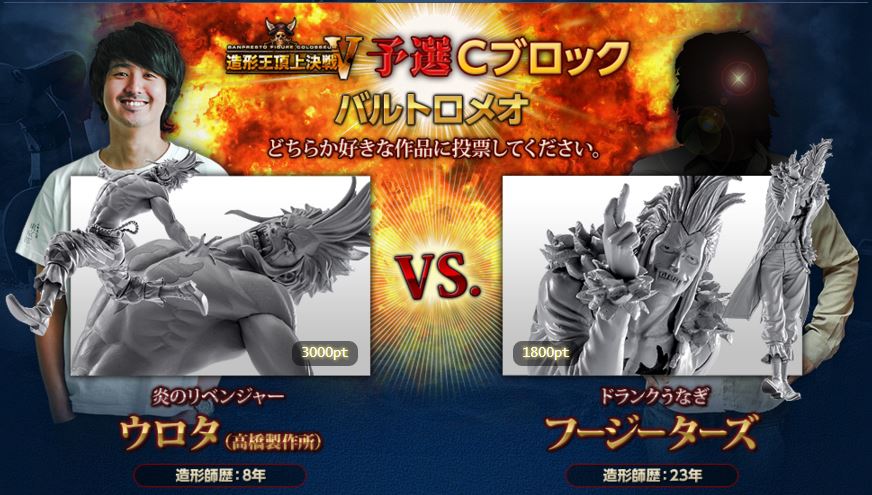 The Baratie restaurant in Japan is having a Christmas dessert special and you can get promotional images for going. Nami and Robin are looking cute in their Christmas clothes. Now I kinda want to see what some of the other characters would look in Christmas clothes. (Mainly Perona and Hancock though) 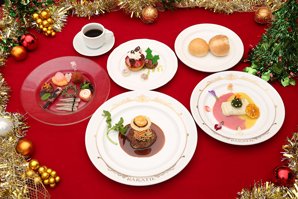 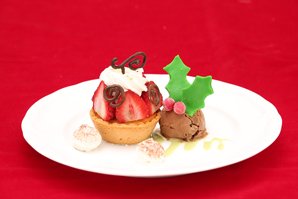 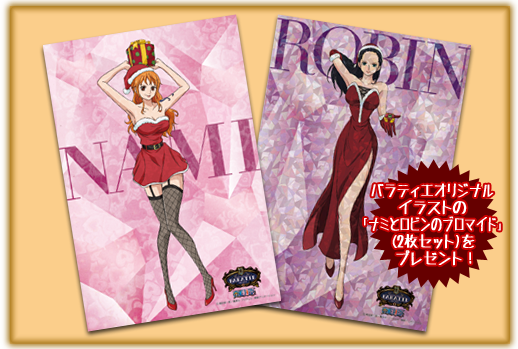 Another figure coliseum is going on. This time it's Law, Urouge, and Bartolomeo. They look pretty good but this line tends to be more dynamic since the artists are showing off. You also have a pic of the artist behind the figures and, as you can see, each character has 'one of those guys' working on them.

Voting ends November 23rd. You can vote for your favorite here: http://bfc.bpnavi.jp...io5/ballot.html

I don't know if i did the voting well but...

I freaking love them all

I think the hardest choice is between the Urogue ones, one's wings are really impressive, while the other's face looks more realistic.

Law with hat is cooler when seen closer.

And Bartolomeo jumping wrocks the other one.

"You can't take the King

on your first turn!!"

Founder of the Trafalgar Law fan-club ----->

The Urogue one kinda looks like it has a modified version of its creator's face.

Though I agree, both looks badass as f**k.

Why does some of the makers not want to show their face? Is that a common thing to do in japan?

Their beauty can blind you thats why.

The newest figure expo happened and the megahouse figure fans are all raging because, once again, the figures Megahouse chose to do aren't the ones they're wanting. The rage is more understandable than 'old character still doesn't have a figure' this time since they didn't reveal any new characters this time but focused solely on the big sellers: Popular characters and Fanservice! But really, who came blame Megahouse for wanting to make money and, complain all they want, someone is obviously buying these.


First off is a colored version of the Sailing Again Luffy ver 2. As usually the biggest complaint here is that megahouse never managed to render Luffy's face into 3D very well.

Next up is Sexy Sanji. Yes, a male character fanservice that's not Law! I can't tell is Sanji's expression is supposed to portray boredom or indifference.

Oh no, Megahouse has made so many versions of Law that they've run out of stuff to make figures of Law about. Right... Nope. Because Oda provided them with yet another way to make another Law figure. Better yet, it also fits their need to have a sexy female to exploit for collectors. Wait, what? Sadly, female!Law might have the best face I've seen on one of their female figures. It's super cute.

Note: The figure is uncolored and everything is covered but use caution when viewing.

Remember those recent bikini figures of Nami, Robin, and Hancock with the insane (even for One Piece) proportions? Well, not even a year later, here's version 2 of Nami. So if you liked the idea but didn't want Nami to have a Wallace and Grommit mouth, here you go.

Note: She is painted and, while everything is covered, she's very suggestively posed so view with caution.