75 replies to this topic

I've been binge-watching FT trying to catch up on nearly a year of missed episodes (life got busy, lol).

Just got through the Tartaros arc. Although the Tartaros arc is arguably one of the best arcs of FT, imo the anime did not do it justice--at least, not until the final battles with Acnologia vs. Igneel, and Mard Greer vs. Natsu/Gray and Sting/Rogue.

Speaking of Mard Greer, I forgot how much of a beast he was at that time. This dude was able to take on the CSK and then later on take on 3 dragon-slayers and a beefed-up Gray until he was finally defeated. In terms of villains in FT, I think Tartaros is the only one who posed an actual threat to FT and I think that's why it's my favorite arc in the manga. There wasn't that much BS happening in terms of battles, for the most part.

Got in my feels when Aquarius' key was broken and when Igneel died.

The infamous "because she's Erza" line was still BS.

The anime also reminded me how effing useless Makarov is. He did absolutely nothing throughout the entire arc. Also, how come Mashima hardly ever uses Panther Lily in fights? Wasn't he the general of the army in Edolas and at least on par with Erza Knightwalker? He can stand his own. Panther Lily is definitely stronger than the grunts of FT like Jet, Droy, Warren, Lisanna, Cana, the two old guys etc.

Finally, what does Crime Sorcière actually do besides wander around?

Overall, I would give the animated version of the Tartaros arc an 8/10. Animation was a bit wonky at times and there were some unnecessary things in there. Wasn't a huge fan of the "Believe in Myself" opening either, lol. Now, off to watch the FT Zero episodes~

I wonder if Mashima will finish the manga before they start animated post time skip two stuff.

Are they? I was under the impression that the show was canceled.

Are they? I was under the impression that the show was canceled.

How did you get that impression? I thought the FT anime was pretty popular...

There hasn't been a new episode since march.

A lot of anime seem to be taking breaks now instead of adding filler.

And it's not the first time Fairy Tail had a break for its anime.

That is a good and bad thing. I really hate fillar enemies something about them they never seem like a real threat.

I wish they would do those old fan service fillers when the characters go to a beach or something. They are as pointless as normal filler but at least they don't try to make a story as compelling as the authors work and fail miserably when the main villain is a joke.

It's officially announced that the Fairy Tail anime is getting a final season next year...

It's officially announced that the Fairy Tail anime is getting a final season next year...

Dang, how long will this season be? They a lot to cover. From the very beginning of the Alvarez arc to the end.

Also, did anyone watch the Dragon Cry movie? How is it?

The last season animated the manga up until chapter 419, so the upcoming season will have about..130 chapters, that isn't much actually, if they animate 2.3 chapters per 1 episode they will have around 55 episodes. 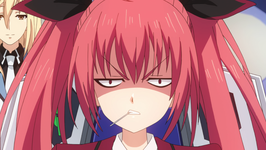 The first episode of the new season is out.

today I watched the first episode of this final season, previously I used to dislike this anime & if I remember correctly along time ago I even said I hope they don't animate the rest of it mainly due to censorship, no matter how hard a character is harmed they barely bleed, however once the episode began it felt quite nostalogic & I enjoyed it from beginning to end purely due to nostalogia.

come to think about it it's been several years since the last time I watched Naruto, I stopped watching it after the end of the main series, but now I feel quite eager to watch it from where I stopped.

Finally got the chance to watch the episodes in the newest season. Watching them definitely hit me with that nostalgia and made me sad that the Alvarez arc started out great with so much potential only for the final arc to fall flat.

What I noticed in these latest episodes, is that Beth is not MIA, so proving her being missing for most of the final arc was pointless.

Seeing the arc animated feels so off at times. I'll never get over the censure of blood. Fairy Tail wasn't gory, but the characters were tortured and bled. In the anime, it seems so insignificant...

Overall, the animation is not too bad in this season though.

Back to Fairy Tail