21 replies to this topic

Kind of weird that this doesn't have a thread on OMF, or at least this version of OMF anyways. 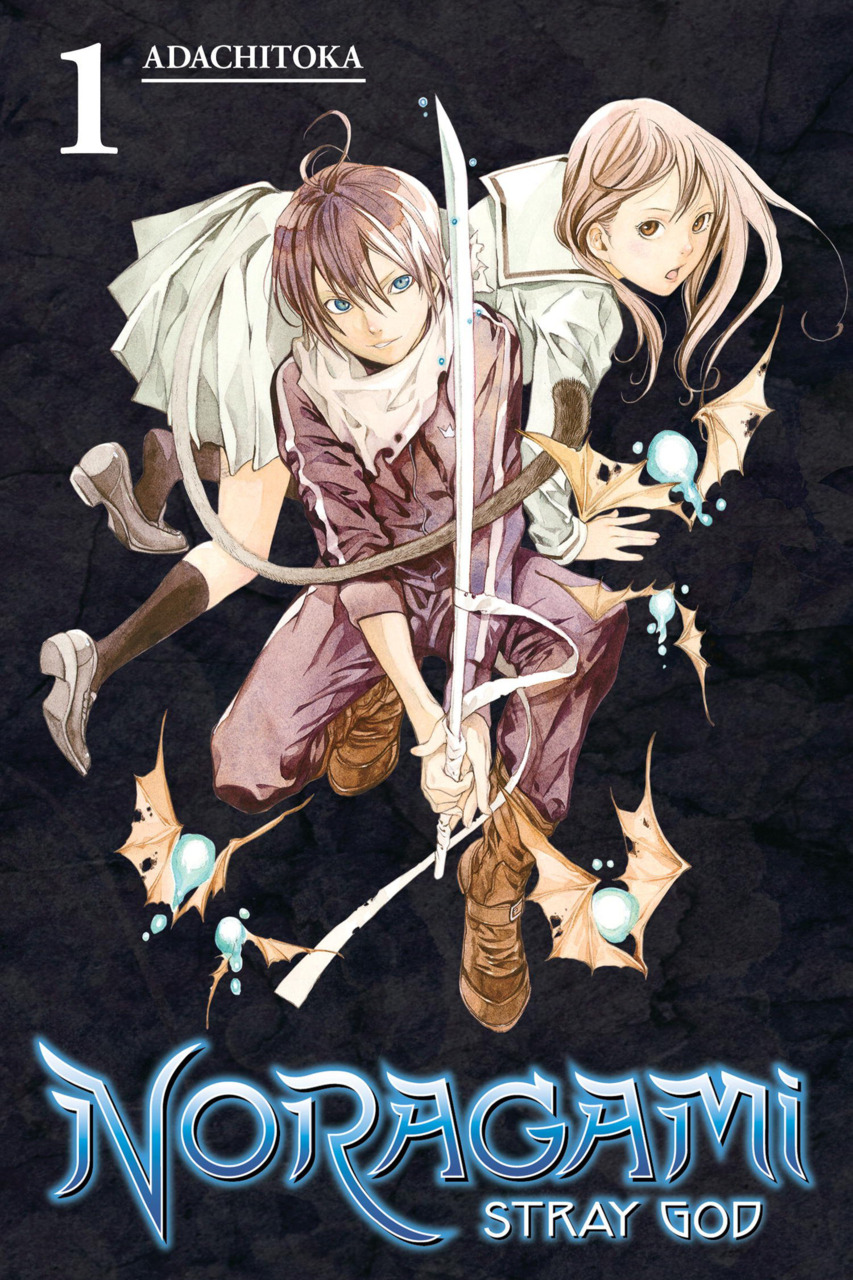 Description: "Yato is a minor god whose dream is to have a lot of followers worshiping him and praying to him. Unfortunately, his dream is far from coming true since he doesn't even have a single shrine dedicated to him. To make things worse, the only partner he had to help him solve people's problems, had just quit the job.

His godly existence and luck just might change when he stumbles upon Iki Hiyori and saves her life; a feat which also leaves her in quite a predicament so she is stuck with him until her problem gets resolved. Together with Hiyori and his new partner-weapon Yukine, Yato will do everything he can to gain fame, recognition and just maybe, one shrine dedicated to him, as well." (Mangalife.me)

I just recently discovered Noragami and overall, the series is pretty good. The characters are likable, especially our main three characters of Yato, Hiyori,and Yukine. Story flow including pacing and battles are pretty good with an added touch of intrigue surrounding Yato's past. Starting to watch the anime now that I'm caught up with the manga.

What are the recent chapters

What are the recent chapters

I actually haven't gotten a chance to read the manga yet. I wen through both seasons of the anime with a friend and we both loved it. Anxiously waiting for a third now

I forgot how deep was the Shrine scene.

Right in the feels.

The past chapters have been really great! Chapter 71 with Heaven's judgement was really tense. Happy to see that judgement went in favor of Yato and Yukine. I really love Yato and Yukine's relationship and how Yato acts kind of like Yukine's father. Hopefully we'll learn more about Yukine's past soon. Season 2 of the anime touched upon it a bit, but as it was in the anime it probably wouldn't be considered canon.

I am still curious about Amaterasu.

She helped Yato in Ebisus arc but right now feels like a different person.

Perfect chapter for a comeback, if I may add.

Pretty sure Yato's Dad will be able to control all the Gods that formed a contract with her. I find it suspicious how convincing to form a contract she can be, given her whole devotion to Yato and his Dad.

It's been too long since the last chapter that I've forgotten everything that has happened including the names of characters (besides from Yukine and Yato, of course

) Will probably do a read-through of the entire series to refresh the memory, lol.

Overall, the chapter was good! I'm curious to see the nefarious purpose behind Nora kissing Yukine.

Also, maybe I imagined this, but wasn't there a chapter where Yato and Hiyori kissed or where they confessed their feelings

Does this make the 4th time Bishamon has been on the verge of dying?

I had totally missed it. It's been out for half a month, already.

And that was an interesting development. I just hope Nora is not actually acting, and that he uses her that way against her will.

Noragami being true to itself with cute moments, sad ones, wonderful art, funny moments, etc. A very nice chapter.

Nora will backstab yukine so hard.

I thought so at first. But, she'll backstab him only if Father manages to win her back. Right now, she doesn't seem to be planning anything like that. I hope so, at least. It'd be nice to see her sincere for once.

Wow, I legit forgot that I read this

I've missed nearly a year worth of chapters, but hows the story so far? Is anyone caught up?

Wow, a lot of interesting developments since Noragami went on hiatus last year:

Spoiler
-So, I guess YukinexNora became a thing? Idk if Nora really does like Yukine but Yukine is so cute with her.
-Kazuma becomes Yato's Nora. This was actually pretty shocking to see but his form as a shinki with Yato looks so cool.
-Yukine is touched by god's greatest secret. We knew from before that Yukine was murdered by his father, but what will happen when he finds that out? Will Yato save him? I hope Yukine is saved because I'm really soft for him and Yato

The other gods are trying to find a way to kill the conjurer but I really hope none of their shinkis get infected by the secret either. I like them too much to see them perish

Please let Yukine be saved in the end.

He probably will, but he's getting annoying.

It's the second time.

He should know by now.

So far, the manga has been one of the greatest I've read, but this new arc feels a bit repetitive, and therefore not so great...